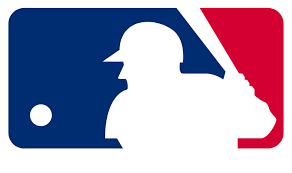 by David Schoenfield, taken from http://www.espn.com

There were 43 trades from July 15 through Tuesday’s non-waiver trade deadline. While a lot of those happened in the days leading up to Tuesday and included some significant names, there was a flurry of activity in the final 24 hours or so. Let’s review some of the trades made — or not made — and declare winners and losers.

Washington Nationals, for not trading Bryce Harper: The rumor mill on Harper since Monday night went from he’s available — but only if a crazy offer is made! — to maybe he will get traded to general manager Mike Rizzo saying late Tuesday morning, “Bryce is not available. I believe in this team.”

Bottom line: The Nationals are only 5½ games out of first place. Yes, they’re a game under .500, and the starting rotation other than Max Scherzer has been a wreck of late, but the Nationals have 16 games remaining against the Phillies and Braves. Harper hasn’t played like an MVP since the first two weeks of the season, but he could play like one the final two months. 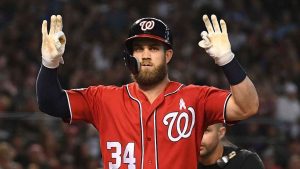 Pittsburgh Pirates, for acquiring Chris Archer and Keone Kela: The Pirates landed two pitchers who not only will help them in the wild-card race but also are under team control through 2021. The Archer trade seemed to be generally panned on Twitter, but I like what the Pirates did. The critics suggest this: The Pirates traded Gerrit Cole in the offseason, only to replace him with a pitcher not as good in Archer, and then gave up Austin Meadows (and Tyler Glasnow and a player to be named) for Archer, when Meadows is a better prospect than anybody the Pirates acquired in the Cole trade.

I’ll agree that Cole is better, especially given the season he’s having for the Astros, but keep in mind that Cole would have been under control for 2018 and 2019, whereas Archer will be under control for three-plus seasons. Second, Archer will cost just $27.7 million from 2019 to 2021. Lastly, Cole wanted out of Pittsburgh anyway.

My other view is I don’t see much evidence that Meadows is a future star, and Glasnow still has trouble throwing strikes. Yes, Meadows was once regarded as top-10 overall prospect, and he played well in a call-up earlier this season (.292/.327/.468 in 165 plate appearances). After hitting .404 with five home runs in his first 14 games, however, he tailed off to .243/.281/.308 with no home runs in his next 114 PAs. He also hasn’t hit well at Triple-A (slugging .394) and has battled injuries throughout his minor league career. Sure, he could still turn into a star, but he could also be Travis Snider.

Atlanta Braves, for getting Kevin Gausman: I love this deal, getting a solid major league starter who is under team control through 2020 without giving up any of the top-10 prospects from a deep farm system. The Braves gave up four players and international slot money as the Orioles go with quantity (and they dumped Darren O’Day’s contract on the Braves). Third baseman Jean Carlos Encarnacion, the No. 14 prospect on MLB’s midseason update list for the Braves, is the highest-rated of the four prospects, a 20-year-old in low-A with 100 strikeouts and 13 walks.

Los Angeles Dodgers, for adding Brian Dozier: Man, the position player depth here is incredible. It’s funny how all offseason the Dodgers didn’t really do anything and said it was all about remaining below the salary cap — err, the luxury-tax threshold — and then they’re like, “Ahh, screw it, we haven’t won a World Series since 1988, let’s add Manny Machado and Brian Dozier.” Dozier hasn’t had a good season, but the past two seasons, he has been a monster the final two months, so the Dodgers are hoping he catches fire again.

You do wonder if the Dodgers are worried about Justin Turner’s health; he’s currently on the DL with a groin strain. If he’s sketchy, you have an infield of Max Muncy, Dozier, Chris Taylor and Manny Machado, with Matt Kemp, Cody Bellinger, Joc Pederson and Yasiel Puig in the outfield and Enrique Hernandezfilling in all over the place. If Turner gets back and starts hitting, you slide Machado back to shortstop, and Taylor can play all over the place. This is amazing depth and roster flexibility for Dave Roberts, plus the best bench in the majors.

Milwaukee Brewers, for dropping that Travis Shaw playing second base experiment (maybe): After trading for Mike Moustakas, the Brewers tried Shaw at second base for two games this past weekend (and won both games!). Then they acquired Jonathan Schoop from the Orioles, with pitcher Luis Ortiz the main player going the other way. Of course, maybe this means Shaw will still play second and Schoop will play shortstop (he was a shortstop in the minors).

That seems a little crazy, as you would be downgrading defense at three positions (second, short and third), but maybe the Brewers figure that shifting and positioning will help cover the lack of range. Or maybe Shaw will move all over into a super-utility role (Jesus Aguilar has suddenly stopped hitting). The main point: Craig Counsell has plenty of options to fill out that lineup card. 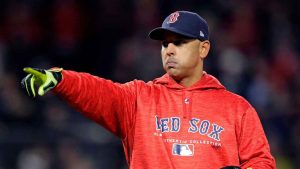 Nationals, for not adding a starting pitcher: On a day when Archer and Gausman were traded, the Nationals traded reliever Brandon Kintzler to the Cubs. If you’re going to keep Harper because you believe in this team, why not go after a controllable starter to help a rotation that is 10-24 with a 5.48 ERA since June 1. Obviously, Rizzo, ownership and the rest of the front office never settled on a direction to take the past couple days, and that resulted in a missed opportunity.

Dodgers, for not adding a setup reliever: They did acquire John Axfordfrom the Blue Jays, but he isn’t really a guy you want to trust in the eighth inning of a playoff game. He has a 4.41 ERA, and though he has his lowest walk rate since 2013, he’s one of those guys who always walks the tightrope and gives up too many home runs to be an elite reliever. The Dodgers’ bullpen has been excellent in July, with a 2.68 ERA, but it wasn’t excellent before that, and none of the other setup guys has postseason experience.

Boston Red Sox, for not adding bullpen help: Supposedly, they were close to a deal with the Nationals for Kelvin Herrera, but it fell through — probably when the Nationals reversed direction at the last minute. Tyler Thornburg is back, and we’ll see how he pitches, and maybe Joe Kelly will bounce back from his recent struggles, but another top arm would have been nice (though depending on what happens with Eduardo Rodriguez’s health, Nathan Eovaldi could be a postseason bullpen weapon).

Colorado Rockies, for doing nothing: The most passive front office in the game once again sat quiet. The Rockies could have used a left fielder and another bullpen arm. Of course, after spending $106 million on the bullpen in the offseason and watching it post the second-worst ERA, Jeff Bridich probably has nightmares about relievers at this point.

Houston Astros, for pretty much everything: The Monday evening acquisition of suspended reliever Roberto Osuna was shocking given the circumstances and widely criticized for Jeff Luhnow’s shameful reasoning. On top of that, the Astros were seeking a bat for left field or bench depth and didn’t get any.

Hey, at least they did something

Cleveland Indians add Leonys Martin: They needed a center fielder, and Martin plays center field. He also has had his best season at the plate, with improved exit velocity on contact, though even then he has provided below-average offensive production.

Seattle Mariners make three trades: They acquired relievers Adam Warren and Zach Duke on Monday and outfielder Cameron Maybin on Tuesday. What, you expected Jerry Dipoto to sit quiet? None of these is a sexy pickup, but they add depth to a team that has struggled of late. Maybin isn’t great, but Guillermo Heredia has hit .180/.231/.271 in 49 games since June 1. This probably means that when Robinson Cano returns on Aug. 14, Dee Gordonwill remain at second base (for the most part), and Cano will get some time at first base, where Ryon Healy has produced a .273 OBP.

And then we have the Tampa Bay Rays

A team that now lists no starting pitchers on its depth chart: 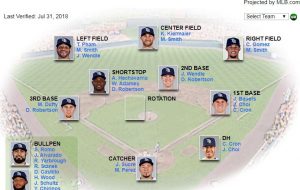 That, my friends, is certainly a new twist on the grand ol’ game.

Share
Previous The 33 Cheapest Places To Travel In 2018
Next Dating Over 50: Can We Be Humans Again? 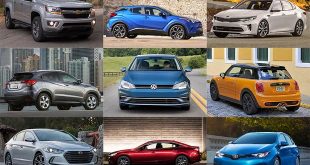 Taken from autotrader.com We’re firm believers that you don’t have to spend a fortune to …