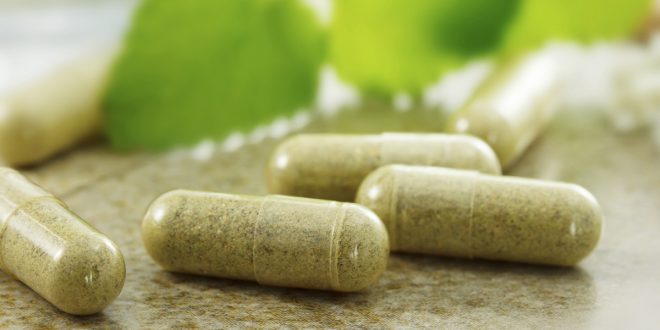 Close up image of herbal medicine

There are many different weight loss solutions out there.

This includes all sorts of pills, drugs and natural supplements.

These are claimed to help you lose weight, or at least make it easier to lose weight combined with other methods.

They tend to work via one or more of these mechanisms:

Here are the 12 most popular weight loss pills and supplements, reviewed by science.

Garcinia cambogia became popular worldwide after being featured on the Dr. Oz show in 2012.

It is a small, green fruit, shaped like a pumpkin.

The skin of the fruit contains hydroxycitric acid (HCA). This is the active ingredient in garcinia cambogia extract, which is marketed as a diet pill.

How it works: Animal studies show that it can inhibit a fat-producing enzyme in the body and increase levels of serotonin, potentially helping to reduce cravings (1, 2).

Effectiveness: One study with 130 people compared garcinia against a dummy pill. There was no difference in weight or body fat percentage between groups (3).

A 2011 review that looked at 12 studies on garcinia cambogia found that, on average, it caused weight loss of about 2 pounds (0.88 kg) over several weeks (4).

BOTTOM LINE: Even though garcinia cambogia may cause modest weight loss, the effects are so small that they probably won’t even be noticeable.

Hydroxycut has been around for more than a decade, and is currently one of the most popular weight loss supplements in the world.

There are several different types, but the most common one is simply called “Hydroxycut.”

How it works: It contains several ingredients that are claimed to help with weight loss, including caffeine and a few plant extracts.

Side effects: If you are caffeine sensitive, you may experience anxiety, jitteriness, tremors, nausea, diarrhea and irritability.

BOTTOM LINE: Unfortunately, there is only one study on this supplement and no data on long-term effectiveness. More research is needed.

Caffeine is the most commonly consumed psychoactive substance in the world (6).

It is found naturally in coffee, green tea and dark chocolate, and added to many processed foods and beverages.

Caffeine is a well known metabolism booster, and is often added to commercial weight loss supplements.

Effectiveness: There are also some studies showing that caffeine can cause modest weight loss in humans (11, 12).

Side effects: In some people, high amounts of caffeine can cause anxiety, insomnia, jitteriness, irritability, nausea, diarrhea and other symptoms. Caffeine is also addictive and can reduce the quality of your sleep.

There really is no need to take a supplement or a pill with caffeine in it. The best sources are quality coffee and green tea, which also have antioxidants and other health benefits.

BOTTOM LINE: Caffeine can boost metabolism and enhance fat burning in the short term. However, a tolerance to the effects may develop quickly.

Orlistat is a pharmaceutical drug, sold over-the-counter under the name Alli, and under prescription as Xenical.

How it works: This weight loss pill works by inhibiting the breakdown of fat in the gut, making you take in fewer calories from fat.

Effectiveness: According to a big review of 11 studies, orlistat can increase weight loss by 6 pounds (2.7 kg) compared to a dummy pill (13).

Other benefits: Orlistat has been shown to reduce blood pressure slightly, and reduced the risk of developing type 2 diabetes by 37% in one study (14, 15).

Side effects: This drug has many digestive side effects, including loose, oily stools, flatulence, frequent bowel movements that are hard to control, and others. It may also contribute to deficiency in fat-soluble vitamins, such as vitamins A, D, E and K.

It is usually recommended to follow a low-fat diet while taking orlistat, in order to minimize side effects.

Interestingly, a low carb diet (without drugs) has been shown to be as effective as both orlistat and a low-fat diet combined (16).

BOTTOM LINE: Orlistat, also known as Alli or Xenical, can reduce the amount of fat you absorb from the diet and help you lose weight. It has many side effects, some of which are highly unpleasant.

Raspberry ketone is a substance found in raspberries, which is responsible for their distinct smell.

A synthetic version of raspberry ketones is sold as a weight loss supplement.

How it works: In isolated fat cells from rats, raspberry ketones increase breakdown of fat and increase levels of a hormone called adiponectin, believed to be related to weight loss (17).

Effectiveness: There is not a single study on raspberry ketones in humans, but one rat study using massive doses showed that they reduced weight gain (18).

Side effects: They may cause your burps to smell like raspberries.

BOTTOM LINE: There is no evidence that raspberry ketones cause weight loss in humans, and the rat studies showing it to work used massive doses.

How it works: Caffeine can increase fat burning, and chlorogenic acid can slow the breakdown of carbohydrates in the gut.

Side effects: It can cause the same side effects as caffeine. The chlorogenic acid in it may also cause diarrhea, and some people may be allergic to green coffee beans (26).

BOTTOM LINE: Green coffee bean extract may cause modest weight loss, but keep in mind that many of the studies were industry sponsored.

Glucomannan is a type of fiber found in the roots of the elephant yam, also called konjac.

How it works: Glucomannan absorbs water and becomes gel-like. It “sits” in your gut and promotes a feeling of fullness, helping you eat fewer calories (27).

Other benefits: Glucomannan is a fiber that can feed the friendly bacteria in the intestine. It can also lower blood sugar, blood cholesterol and triglycerides, and is very effective against constipation (29, 30, 31).

Side effects: It can cause bloating, flatulence and soft stools, and can interfere with some oral medications if taken at the same time.

It is important to take glucomannan about a half an hour before meals, with a glass of water.

BOTTOM LINE: Studies consistently show that the fiber glucomannan, when combined with a healthy diet, can help people lose weight. It also leads to improvements in various health markers.

Meratrim is a relative newcomer on the diet pill market.

It is a combination of two plant extracts that may change the metabolism of fat cells.

How it works: It is claimed to make it harder for fat cells to multiply, decrease the amount of fat that they pick up from the bloodstream, and help them burn stored fat.

Effectiveness: So far, only one study has been done on Meratrim. A total of 100 obese people were placed on a strict 2000 calorie diet, with either Meratrim or a dummy pill (32).

After 8 weeks, the Meratrim group had lost 11 pounds (5.2 kg) of weight and 4.7 inches (11.9 cm) off their waistlines. They also had improved quality of life and reduced blood sugar, cholesterol and triglycerides.

Side effects: No side effects have been reported.

BOTTOM LINE: One study showed that Meratrim caused weight loss and had a number of other health benefits. However, the study was industry sponsored and more research is needed.

Green tea extract is a popular ingredient in many weight loss supplements.

This is because numerous studies have shown the main antioxidant in it, EGCG, to aid fat burning.

How it works: Green tea extract is believed to increase the activity of norepinephrine, a hormone that helps you burn fat (33).

Effectiveness: Many human studies have shown that green tea extract can increase fat burning and cause fat loss, especially in the belly area (34, 35, 36, 37).

Side effects: Green tea extract is generally well tolerated. It does contain some caffeine, and may cause symptoms in people who are caffeine sensitive.

Additionally, all of the health benefits of drinking green tea should apply to green tea extract as well.

Conjugated linoleic acid, or CLA, has been a popular fat loss supplement for years.

It is one of the “healthier” trans fats, and is found naturally in some fatty animal foods like cheese and butter.

How it works: CLA may reduce appetite, boost metabolism and stimulate the breakdown of body fat (38, 39).

Side effects: CLA can cause various digestive side effects, and may have harmful effects over the long term, potentially contributing to fatty liver, insulin resistance and increased inflammation.

BOTTOM LINE: CLA is an effective weight loss supplement, but it may have harmful effects over the long term. The small amount of weight loss is not worth the risk.

Forskolin is an extract from a plant in the mint family, claimed to be effective for losing weight.

How it works: It is believed to raise levels of a compound inside cells called cAMP, which may stimulate fat burning (42).

Effectiveness: One study in 30 overweight and obese men showed that forskolin reduced body fat and increased muscle mass, while having no effect on body weight. Another study in 23 overweight women found no effects (43, 44).

Side effects: There is very limited data on the safety of this supplement, or the risk of side effects.

BOTTOM LINE: The two small studies on forskolin have shown conflicting results. It is best to avoid this supplement until more research is done.

Synephrine is related to ephedrine, which used to be a popular ingredient in various weight loss pill formulations.

However, ephedrine has since been banned as a weight loss ingredient by the FDA because of serious side effects.

How it works: Synephrine shares similar mechanisms with ephedrine, but is less potent. It can reduce appetite and significantly increase fat burning (45).

Effectiveness: Very few studies have been done on synephrine, but ephedrine has been shown to cause significant short-term weight loss in many studies (46).

Side effects: Like ephedrine, synephrine may have serious side effects related to the heart. It may also be addictive.

BOTTOM LINE: Synephrine is a fairly potent stimulant, and probably effective for weight loss in the short term. However, the side effects can be serious, so this should only be used with extreme caution.

Additionally, there are many prescription weight loss pills that have been shown to be effective.

The most common ones are Contrave, Belviq, Phentermine and Qsymia.

According to a recent 2017 review study, even prescription weight loss pills don’t work as well as you would hope.

Keep in mind that this is only when combined with a healthy weight loss diet. They are ineffective on their own, and hardly a solution to obesity.

Not to mention their many side effects.

Out of the 12, these are the clear winners, with the strongest evidence to back them up:

However, I have to advise against Orlistat due to the unpleasant side effects, and against CLA due to the harmful effects on metabolic health.

That leaves us with glucomannan, green tea extract and caffeine.

These supplements can be useful, but the effects are modest at best.

Unfortunately, NO supplement or pill really works that well for weight loss.

They may give your metabolism a bit of a nudge and help you lose a few pounds, but that’s where it ends, unfortunately.

Cutting carbs and eating more protein are still the best ways to lose weight, and work better than all the diet pills combined.