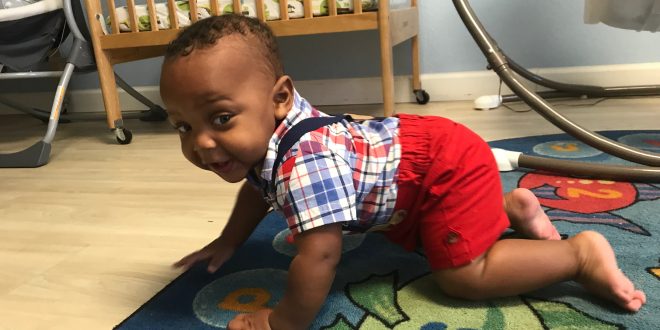 After growing up with only sisters and then raising girls for seven years, I was welcomed into the boy mom world a few years go. The boy mom world is a whole new world for me. I’ve learned in the past few years there are some truths of little boys I had to just experience for myself.

Little Boys Are A Little Wild

Little boys I’ve discovered are rough, they don’t sit still, and there’s a bit of this untamable, wild spirit about them. Mine is very sweet. He’s not a get mad and hit you kind of kid, but he’ll playfully head butt you because he thinks it’s the same as nuzzling you nose to nose.

Little boys seem to lack this concept I kind of think is important in avoiding hurting themselves: fear. They don’t seem to recognize that launching themselves off of things, particularly from a high level, may not end well.

I never had a biter, but my boy thinks nothing of walking up to one of us and affectionately biting us in the back of the leg or the butt, whatever he can reach. He’s not picky. Butt or leg is all the same to him. I can be sitting down, and he’ll jump on my back and have me in a headlock, ready to wrestle me to the floor if he was just a little bigger. All of this is in the expression of showing me how much he loves me, not because he’s mad or angry.

A Little Boy’s Love of Trucks and Balls Is Real

This boy loves his trucks and balls- the sports balls especially. He’ll launch those balls across the room right at you and ram those trucks right into your ankles like he’s trying to bulldoze you right over. I walk into my kitchen and it’s like a parking garage of tractors, tow trucks, pickups, and monster trucks some days.

I discovered even little boys don’t mess around when it comes to taking things apart. He got out his dad’s real screwdriver and was attempting to unscrew the vent to our heater the other day. I’ve always been able to keep a hammer and small tools in a kitchen drawer but not anymore.

He will have those out and ready to take something apart in no time. He’s going to be a real fixer upper one day. Let’s just hope he doesn’t tear down the house in the meantime.

Little Boys are Infatuated with their Penis

Why are they so fascinated with it? They are quite proud of it, really. They always want to touch it. Apparently there’s great pride in being able to stand up to pee too. With this big ole smirk on his face the other day he proudly stands up in the tub just to watch his pee arch back into the bathtub beside where his sister was playing.

HE THOUGHT IT WAS COOL; US GIRLS NOT SO MUCH.

Little Boys are the Torturers of their Siblings

Nothing can drive a sister crazy like a brother. Sisters set something up and a brother tears it down. Sisters can clean up something and a brother makes a big mess again. Boys are amused just by annoying their sisters as much as they possibly can.

But, I imagine they bug a little brother just as much. There doesn’t seem to be anything more entertaining to them some days than seeing how many times they can anger and upset their siblings.

Potty training a boy is not a neat and clean experience. In fact, I’m quite horrified by it. After watching my nephew look like he was trying to spell his name across my sister’s bathroom walls, I’m ready to forego the potty training a boy thing and just wait until he’s a teenager.

After potty training girls I don’t even know where to start. Do they sit? Do they stand? Do I just stick him outside naked until he’s about 10?

Little Boys Want to be Just Like Their Momma Too

I never could have imagined how much a little boy would still want to be like his momma. As a little boy he’s really been no different than his sisters in wanting to do whatever momma does. Paint your toes, he wants his painted, too. Put something in your hair he wants something in his hair.

Momma puts on makeup. He needs a little blush added to his cheeks too. If mom and sisters are wearing heels, he’s totally ready to walk the runway in his own pair.

Momma’s Boys Are The Best

But there is a special sweetness about a momma’s boy. A boy loves to cuddle and rock with his momma at the end of the day. I don’t know whether it’s because mine’s the baby or because he’s a boy but he’s a bit needier than my girls when it comes to needing his momma.

Though I wasn’t necessarily ready for all these other things in the world of being a boy mom, I also wasn’t ready for how much a little boy can wrap his momma around his finger and steal her heart.

This raising a boy thing is a whole new world for sure. I can’t wait to see what the years ahead are like because I’m sure this boy will keep us on our toes. 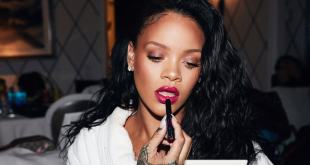 The 30 Best-Selling Beauty Products on Amazon – They Are Worth the Hype!

BY SALLY KAPLAN AND KATIE MCBROOM, taken from http://www.bestproducts.com Here are the top rated and top selling beauty …