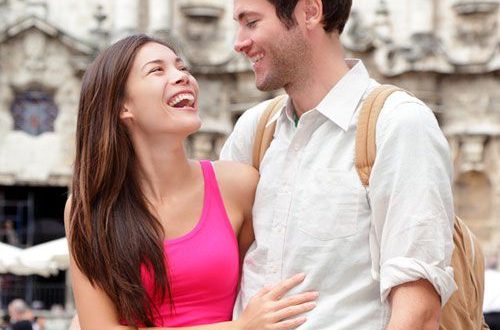 12 Dating Tips That Will Transform Your Love Life 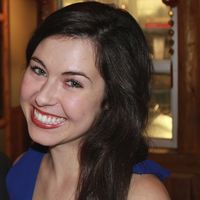 Real talk: Dating is sometimes harder than it should be. After countless dinners and drinks, it can be tempting to throw in the towel and resign to nights of forever watching Netflix alone in your bed. But when dating is done right, it can be amazing, and those great dates often lead to great relationships. So consider this your dating playbook, with all the information you need to survive the first date and make sure there’s a second one.

1. Go Beyond the Bar Scene

Sure, you might meet the love of your life while sipping gin and tonics, but wouldn’t it be so much cooler to say you met at a mud run? You never know where you’re going to meet the next person you date, so if you’re only looking in one spot (like that bar where you’re a regular) then you’re missing out on tons of possible partners. We know plenty of couples who have met while standing in line at the grocery store, a Target parking lot, even a naked reality show. The takeaway? Love can crop up anywhere, so get out there and keep your eyes open.

2. Let Your Friends Set You Up

No one loves you quite like your friends do, so let them set you up with someone that they can vouch for. “It’s better for single people to meet through friends because there’s a familiarity and comfort that goes with that,” says behavioral scientist Christie Hartman, Ph.D. “A friend setting you up means the guy is ‘vetted’ to some extent.” So let them play matchmaker—but first, lay down some rules. Make it clear ahead of time that the way the date goes is totally not a reflection on your friend, or you, or the guy. Hey, sometimes chemistry is there, and sometimes it isn’t. So unless your friend is Patti Stanger, remind her that it’s no one’s fault if this goes horribly wrong. (But if it goes totally right, you should probably buy her a drink).

The term “friend zone” should totally be banished—in part, because your friends can sometimes make the best dates. Think about it: Someone you’re already friends with is likely to have similar values, to know your background and your family, and to make you feel ultra comfortable with them. Plus, friendship is the foundation for any relationship, so having that bond established can be key, says relationship expert Jane Greer, Ph.D., author of What About Me? Stop Selfishness From Ruining Your Relationship.

The Internet is a beautiful thing: It brought us Twitter, cat videos, Orange Is the New Black, and now, it can bring you love. But when you’re ready to make the plunge into online dating, how do you decide which site to sign up for? We found a handy cheat sheet from digital matchmaker Julie Spira, who gave us the lowdown on 12 popular dating sites. Think about what it is you want out of an online dating experience—A hookup? A boyfriend? A marriage?—then choose the site that matches your interests, so you’re not just wasting your time online (that’s what the cat videos are for).

First dates can be overwhelming, so streamline your focus into making the first few moments count. It takes only 12 minutes for you to decide if you’re interested in the other person (and for them to decide if they dig you) so bring your A-game the second you arrive. To make a stellar first impression, make eye contact, smile, and focus on what he’s saying, according to Susan RoAne, author of How to Work a Room: The Ultimate Guide to Making Lasting Connections—In Person and Online. And don’t forget to check in with yourself, too! You might be so focused on making a flawless first impression that you forget to ask yourself if you’re even into the other person.

We’ve all been told that guys love the chase, but according to research, that’s not exactly true. One study showed that men are more attracted to responsive women, and women who were kind and warm right off the bat. That doesn’t mean being over-the-top eager—you don’t have to laugh at his jokes if they’re not funny—but it’s definitely OK to respond to that text in a timely manner, or tell him how much fun you’re having. Being kind is definitely a turn on, so forget what you’ve been told about playing it ice-cold.

Word-vomit happens, but one way to tank a first date is to admit how long you spent Google stalking him or accidentally blurt out, “Woah, you look exactly like my ex!” The censorship walls can come down after a little bit, but try to steer clear of these awkward comments on a first date, or we’re guessing there won’t be a second one.

8. Pay Attention to HOW You Talk to Each Other

It’s more than just what you’re saying—it’s how you say it. One study showed that when men talk to a woman they find attractive, they tend to vary their vocal pitch from high to low tones (in a sing-songy way). If you’re looking to analyze the long-term potential, pay attention to the types of words you both use. Another study suggested that people who use the same function words (maybe you both say “quite” and “tons” a lot) are more likely to couple up and stay together.

Is it love at first sight? It depends on where their eyeballs land. Research suggests that when someone feels a romantic connection, his or her gaze tends to linger on the other person’s face. When they just feel sexual desire, their eyes tend to wander around the person’s body. During the next date you’re on, follow their gaze. If he’s staring into your eyes all night, there’s a good chance he’s really into you.

Getting your friends’ (and family’s) opinion on your new beau is essential, but if you ask too soon, it could color your own feelings. One study showed that when opinions were framed differently—saying that “seven out of ten” people liked your date, versus “three out of ten” people didn’t like him—it can seriously affect our own evaluation. So you might want to avoid asking for an outside opinion until you’ve gotten the chance to make one yourself.

Dating someone who you’re just not into is a total waste of time. Be realistic with yourself: Are you embarrassed to call him your “boyfriend”? Has he met your friends? Would you rather be watching Netflix than talking to him? Are you only with him for fear of being single? These are all good signs that you’re just not that into him, and you should peace out of this relationship. Trust us, being single is way better than being in a crappy relationship.

We heard about a woman who committed to going on 100 dates this summer as a way of learning more about herself, and what she wants in a partner. While we don’t think you necessarily need to do a dating marathon, it’s often important to just get out there—especially if you feel like you’re in a rut. So when your date goes awry, or that relationship turns out to be a dud, don’t give up. Your next amazing date might be right around the corner. 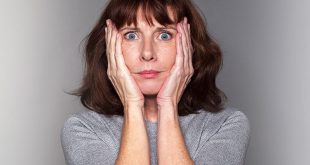 Dating Over 50: Can We Be Humans Again? 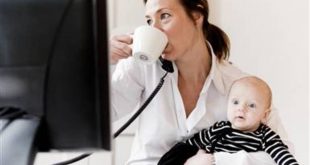 The 15 Best New Baby Products for Working Moms in 2018 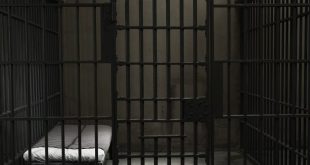 15 Ideas Behind Educating Children of Prisoners

By Leah Davies, M.Ed. It is estimated that 1.5 million children in the United States …