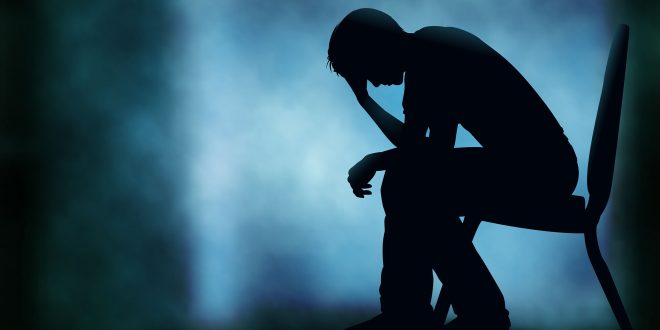 Editable vector silhouette of a man sitting with his head in his hand; background made with a gradient mesh

by: DUSTIN KOSKI with ListVerse

Suicide is on the rise around the world. Europe, Australia, China, and the US are all experiencing increasing suicide rates. It’s a growing problem for society and will be more and more likely to affect your life directly—if it hasn’t already.

If you are reading this because you have contemplated or are contemplating suicide, or if someone you know has, we urge you to visit suicidepreventionlifeline.org, call the 24-hour National Suicide Prevention Hotline in the US at 1-800-273-TALK (8255), or speak to a professional or a loved one.

10. Suicide Is Largely Something Teenagers Do 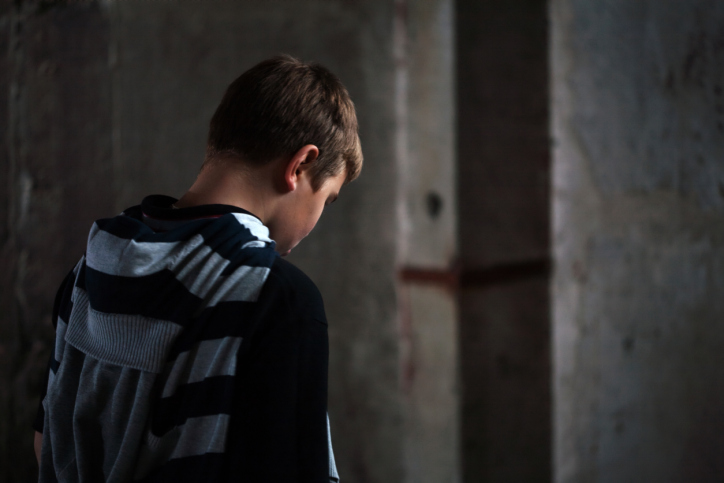 The Misconception: Since suicide is a leading cause of death among teenagers in America, and since we view teenagers as more or less constantly irrational, it makes sense that they would be the ones most likely to take their own lives. This myth has also been used to trivialize suicide by dismissing it as something only people with little perspective and life experience would do.

The Reality: Elderly people account for more suicides in the US than any other age group. Among white males over 65, the suicide rate is 31.1 per 100,000, more than twice the national average. This is at least partly because the elderly attempt suicide using much more effective methods than young people. Teenagers often create situations where it is possible for someone to save them, whereas the elderly usually don’t. It’s not just an American issue—in China, suicide rates among the elderly have grown drastically in recent years.

9. Suicidal Tendencies Should Be Toughed Out

The Misconception: As the suicide rate climbs, there has also been an increasing trend to bemoan the “New Age” values that have led to a supposedly coddled younger generation. Perhaps teenagers are naturally turning to suicide because they haven’t had the experience dealing with hardship that would allow them to resist the impulse to end their lives. Suicidal thoughts, the traditional view might be, are something that can just be toughed out.

The Reality: In fact, suicide rates are higher in rural areas where traditional values are more prevalent. For example, in Wyoming, one of the most rural and traditionalist states in America, the suicide rate is three times the national average. In rural China, it’s as much as five times higher than in urban areas, particularly among women. It seems that being in an environment where people feel comfortable expressing suicidal thoughts might be a good preventive measure regarding suicide.

8. Suicide Rates Are Lower In Africa Than The Rest Of The World 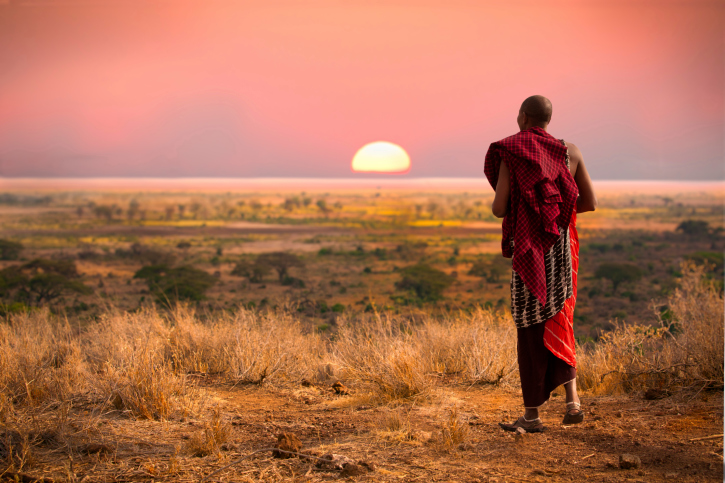 The Misconception: Another myth that effectively belittles suicide makes the claim that suicide rates are lower in developing African countries than in developed countries. If people living in some of the world’s poorest countries still find the strength to go on, why can’t people born into relative luxury?

The Reality: The evidence indicates that suicide isn’t so much rarer in Africa as much as it’s less often reported. A large contributing factor is that suicide in many African nations can be seen as more of a taboo than in the West, so less disclosure when it happens is all but inevitable. In addition, circumstances in some African nations are inconsistent with this alleged low suicide rate. Alcoholism is a growing problem in many African nations and, as seen in the previous entry, a large rural population is not conducive to low suicide rates. The World Health Organization has also pointed to the AIDS epidemic as a major contributing factor to suicide rates in the region.

7. Suicide Is A Person’s Own Business 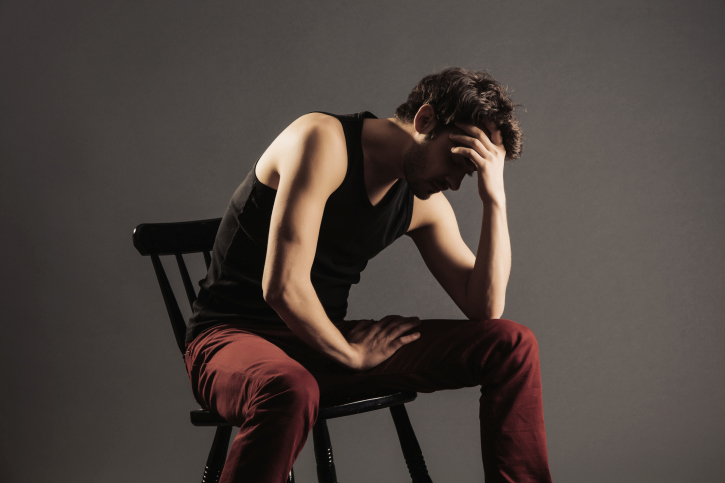 The Misconception: Because many cannot empathize with suicidal people, there’s a level of emotional detachment that can cross over to contempt. Some people argue that it should be a person’s own business whether they end their life. If somebody is so selfish as to commit suicide, maybe the world is better off without them in the long run.

The Reality: Anyone who has been close to someone who attempted or committed suicide knows the heartbreak that such a departure can cause. We know that we would give anything to have that person back, to be able to ask them what we could do, or help them find another option. Sometimes, suicides can draw together those left behind, and other times, it can push them farther apart. Regardless, the idea that the person in question is making a decision that will only affect himself or herself is completely wrong.

In addition to the obvious personal aspects, there is a quantifiable metric appreciable even to people not emotionally engaged by the suicide issue.

In economic terms, suicide’s status as the 10th leading cause of death in America costs the nation a fortune. Due to lost productivity, medical costs, police investigations, counseling costs for family members and loved ones, and many other factors, the average suicide costs $1,061,170, for a total of about $38 billion in 2010 alone. To put that into perspective, in 2012 the New York Times reported that the US government spent $25 billion per year on the entire War on Drugs. These figures naturally vary from nation to nation, but the overall message doesn’t. In New Zealand, the Ministry of Health reported that the 460 suicides and 5,095 suicide attempts in 2005 cost the nation over a billion US dollars, or roughly $2,508,373 for each person that ended their life.

6. Suicides Increase During The Holidays 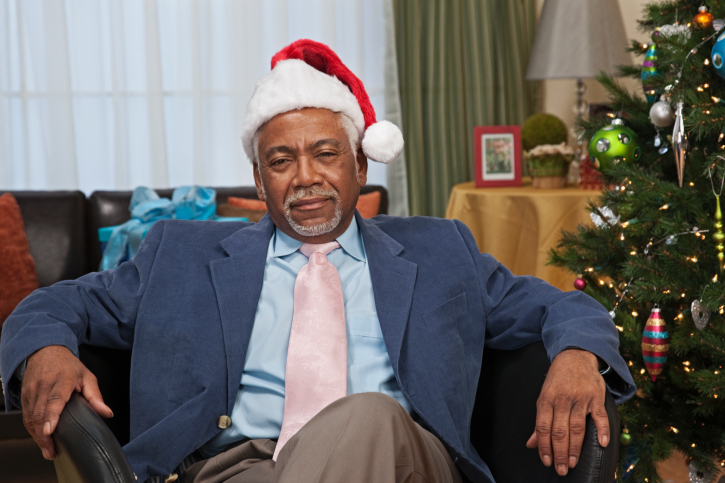 The Misconception: “The suicide booth is that way, sir. Course, this time of year, there’s a line,” says an incidental character during a Christmas episode of the popular cartoon Futurama. The idea seems to make sense, since people’s problems will stand out in sharper relief against the festivities going on around them. There’s a rich irony that a time which is supposed to instill joy causes people to lose hope instead.

The Reality: In fact, the evidence suggests that suicide rates in America are lowerduring holidays (specifically Thanksgiving and Christmas). The real high-risk period in America seems to be April and May. Interestingly, that’s also when when Seasonal Affective Disorder (SAD), a major suicide factor, ends for most of the population.

Despite the widespread debunking of this holiday misconception, a study by the Annenberg Public Policy Center found that 50 percent of articles in 2010 continued to perpetuate the myth. In 2012, it was back up to to 76 percent. The truth won’t be allowed to get in the way of a good story.

5. Openly Suicidal People Are More Likely To Commit It 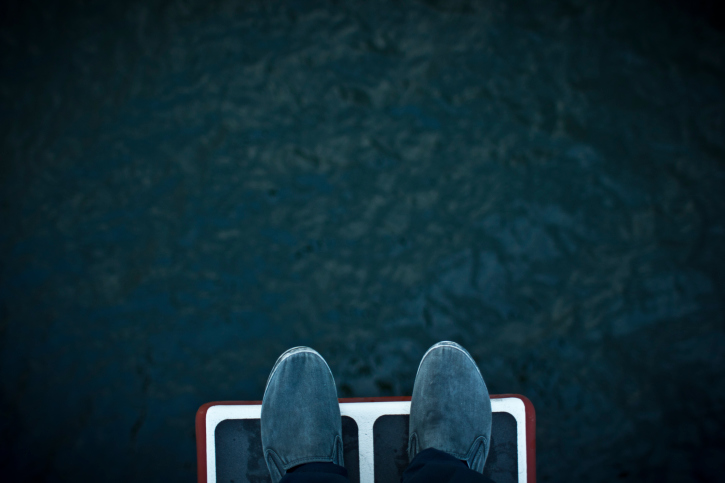 The Misconception: It makes sense that someone who is openly suicidal is more likely to kill themselves. They’ll have worked out the variables and risks to ensure the most effective method of self-termination. They are also the ones least likely to make calls for help.

The Reality: While it is certainly true that people who frequently contemplate putting themselves out of their misery attempt suicide often, people who attempt suicide impulsively tend to be vastly more successful. In fact, methods that require the least amount of planning tend to be by far the deadliest. These impulsive methods include self-inflicted gunshots and jumping from a tall height—this being a significant reason why putting up barriers along bridges and other “suicide hotspots” is so effective at lowering suicide rates.

Interestingly, such barriers tend to be effective even if there is an alternative place to jump a short distance away. Even a small obstacle can be enough to thwart a spur-of-the-moment suicide. In Britain, for example, the suicide rate plummeted after the country phased out potentially lethal carbon monoxide gas in stoves. Previously, it had been relatively simple for British people to impulsively commit suicide by sticking their head in the oven.

At the risk of being overly political, this is one reason why it can be enormously dangerous to keep a gun in your home. Simply owning a gun makes a successful suicide attempt 17 times more likely. Even a brief, impulsive moment of despair could very well mean death even for a normally healthy person. 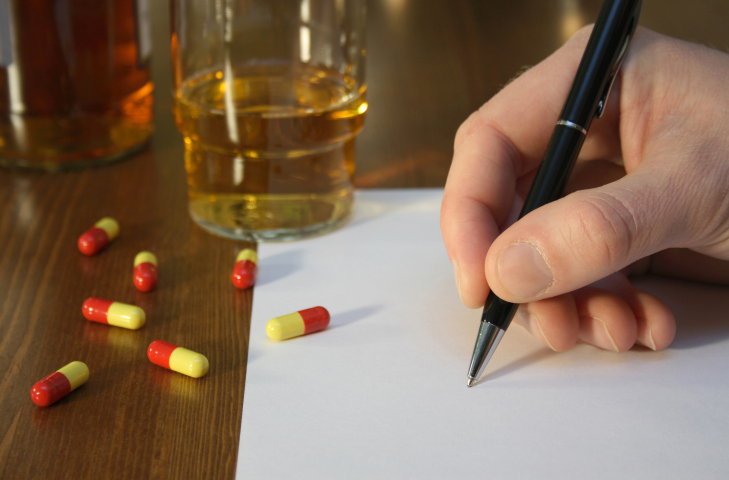 The Misconception: Suicide notes permeate popular culture. Books of them have been assembled, popular comic bits treat them as routine, and so on. As technology has changed, people have even been known to post video suicide notes online.

The Reality: While suicide notes are hardly an anomaly, a large majority of suicides do not leave behind any final message. A report by Dr. Antoon Leenaars of the Canadian Association of Suicide Prevention estimates that suicide notes are only found 12–30 percent of the time. The tendency seems to be that people suffering from a form of mental illness don’t leave a note, while those ending their lives because of a personal conflict are more likely to create a final message. These percentages have reportedly remained constant as the suicide rate has fluctuated—and as communication technology has become more widely available. 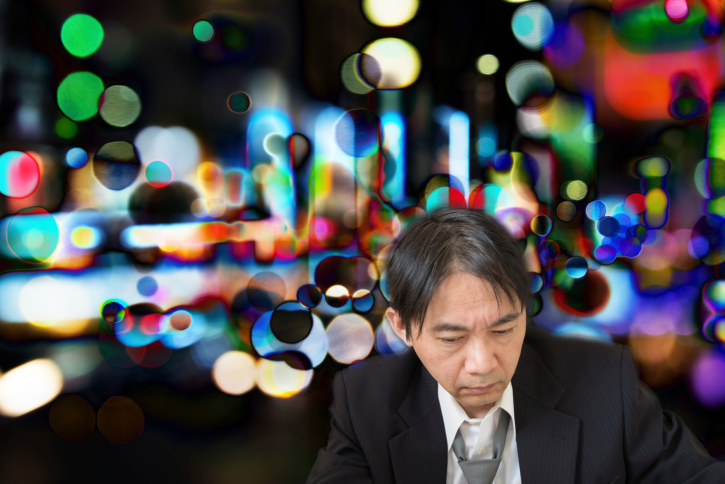 The Misconception: Rather than selfishly seek to end it all, suicidal people should have taken it on themselves to seek a solution. After all, it’s impossible for everyone else to know if a person has a problem if they won’t seek help. And it is reasonable to assume that a person that acts on suicidal feelings is imbalanced—75 percent of people that attempt to self-terminate are estimated to have been suffering from serious mental disorders.

The Reality: The majority of suicidal people do seek out help in a serious manner. A major suicide awareness group reports that more than half of suicide victims seek aid in the last month of their lives. According to the Mental Health Research Network, the problem might actually be that the victims had a strong tendency not to be properly treated. While 83 percent of American suicide victims received some form of health care treatment in the year leading up to their deaths, only 15 percent received any form of hospitalization.

2. Suicide By Self-Poisoning Is Reliable 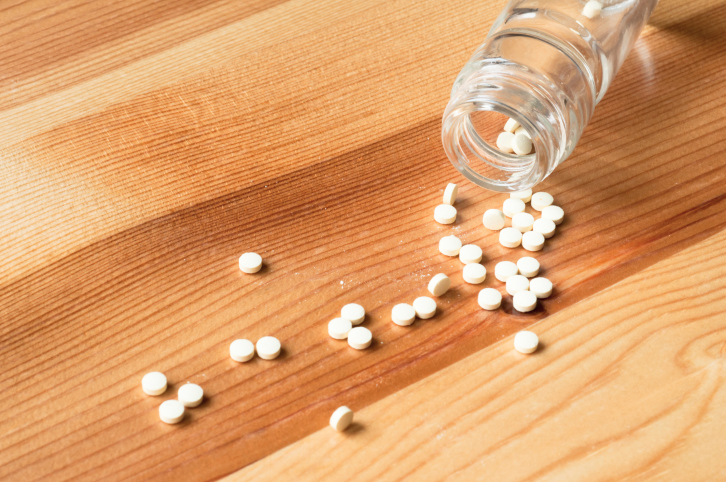 The Misconception: Most people that intentionally try to kill themselves do so via drug overdose. Most substance overdose suicides—79 percent—involve prescription drugs, while over-the-counter drugs are used in 10 percent of cases. It’s easy to see the attraction—compared to more violent methods, an overdose seems painless, easy, and effective.

The Reality: The mortality rate among people that attempt suicide by poisoning is around 2 percent. Sleeping pills are frequently used in such attempts, apparently based on the outdated belief that they are full of potentially fatal barbiturates. The truth is that most overdoses won’t kill you—but may cause painful long-term health problems.

1. Almost Everyone That Survives Suicide Regrets Attempting It 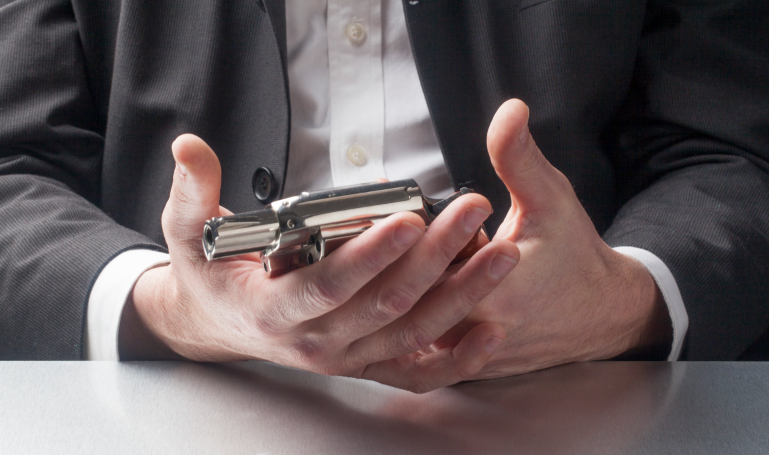 The Misconception: Because the fear of death is so deeply ingrained, we tend to believe that pretty much anyone directly confronted with it will shrink away, never to approach it again. Almost anyone that attempts suicide must do so out of ignorance of the true implications of their actions. The pain if they survive, and the responses of those around them, will provide enough perspective to put it out of their minds.

The Reality: A third of all people who attempt suicide attempt it again within a year. And bear in mind that this is during a time when we know that people need to be put under close observation after a suicide attempt. Around 80 percent of people who successfully commit suicide have made a previous attempt. Whatever the degree of fear that suicide instills, it does not provide a significant section of the suicidal population with the will to go on.