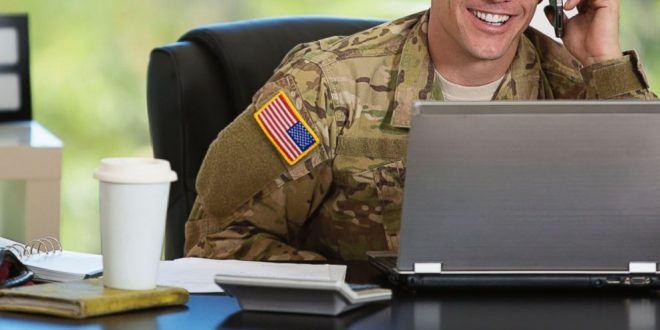 Veterans Helping Veterans: Tips on How to Find a Fulfilling Civilian Job

When Cameron Bobbitt Sr. started to prepare for life after the military, he figured his transition to civilian life would go off without a hitch.

Bobbitt, 45, a retired U.S. Marine Corps Gunnery Sergeant from Riverview, Florida, planned to take the skills he learned during his 22 years of service to corporate America. In reality, getting a desk with his name on it has been a challenge.

When he retired from the Marines in 2013, he earned his bachelor’s degree in human resource management and found work at a multinational professional services firm. But he realized he needed more education to get where he wanted to be. So, he resigned from his job to focus on pursuing his studies.

Since earning his MBA in May, Bobbitt’s new mission is to find a job in his desired field of human resource management.

“I wish I could say I’m going to work tomorrow, but I’m really looking for that long-term career job and not just something to tide me over,” Bobbitt says.

Bobbitt is one of many military veterans looking to start a new career —– one that doesn’t require a dress code of combat boots and fatigues. In honor of National Hire a Veteran Day on July 25, we spoke to vets about advice they’d give to others starting a job search as a civilian for the first time.

Don’t Leave Any Benefits on the Table

Steven Howell recalls how busy he was during the troop surge during the Iraq War in 2008 while serving as a planner for the Multi-National Corps — Iraq. When he had a moment of downtime, he wrote in his journal. After chronicling his experiences, Howell discovered he had something to say.

When it came time to retire from the U.S. Army in 2013, he had a plan in mind —– use his GI Bill to enroll in the creative writing program to earn his Master of Fine Arts. In the months leading up to his retirement, he remembers some of his fellow servicemen being scared because they had no idea what they wanted to do once they retired. They also didn’t know what programs were available to help them figure that out.

“I noticed not everyone takes advantage of those resources,” he says. “I’d advise anyone getting out to at least explore the resources their military branch offers, so that way they’re not quite so lost once they take off the uniform.”

Howell, 52, now a freelance writer from Valrico, Florida, says each branch of the military provides its own transition programs to help prepare soldiers for separation from service. These programs can help with job training and necessary skills like how to write a resume, how to manage retirement pay and benefits and how to get in touch with headhunters. Plus, there are other military benefits, such as using the GI Bill to help pay for college.

“When you’re active duty in the military, you don’t have time for that sort of thing,” Howell says about going to school. “Those benefits for a lot of people are there waiting for when they’re done in their military service. Back in the MFA program I was a part of, there were several veterans around my age from different branches of the military doing the same thing.”

One word comes to mind when looking at Paul Huszar’s resume: impressive. He’s a West Point graduate with a degree in civil engineering, a former dean at the U.S. Army Engineer School and a former engineering battalion commander. When it came time to look for a job after leaving the Army, you’d think it wouldn’t take him long to find one.

“I went O-for-40,” Husar says. He applied to that many jobs and didn’t hear back from any of them. No pre-screening phone calls. No interview requests. No feedback on why companies didn’t consider him.

After about six months of job hunting and not finding the right fit, he decided to attend a series of in-person networking events. There he was able to meet business leaders who understood his military background and who gave him advice to help his search. Eventually, through an odd series of events, his network of contacts passed along his resume to the right person.

This person, a former Army officer, offered him a job as president of VetCor, a water damage restoration company. Eight months later, Huszar seized the opportunity to buy VetCor and become the CEO. Now, when he’s not running his company, he helps veterans find jobs and preaches the importance of meeting people who can help them find their next career.

“The best people that they can connect with is folks like me, who are veterans in a business community, who can help be advocates and help further connect them and find opportunities,” he says.

Huszar advises transitioning vets to network in the community for as long as they can before submitting an online application. Once a job-seeking veteran gets to know business leaders and makes connections, these leaders are more likely to recommend them when a job opening develops.

Valerie Lavin, 45, a community business leader in St. Petersburg, Florida, is one of those people who’s always willing to help a fellow veteran. The retired first sergeant in the U.S. Army is the CEO of a health care staffing company and a volunteer advisor for Action Zone Inc., a non-profit organization teaching active-duty military personnel, veterans and their families entrepreneurial business development.

After retiring in 2014, she started to mentor transitioning veterans one-on-one and in group settings to help prepare them for life after the military. She encourages vets to start building their networks and contacts as early as three years before retiring or leaving the service. When creating that network, it’s vital to get off the base and connect with the community.

In addition to encouraging veterans to apply their military skills to entrepreneurship, Lavin also helps them learn how to present themselves during networking events and while job hunting. One thing she notices that transitioning vets struggle with is letting go of a military demeanor.

“Some civilian employers have concerns with veterans being able to integrate into their company culture and sometimes that hard military exterior can be intimidating,” says Lavin. Something as simple as smiling in a LinkedIn picture can be helpful, she adds.

Learn How to Sell Yourself

Huszar says many young soldiers learn how to be an adult from the culture, norms and values of the military. One of the biggest lessons they’re taught is: “It’s never about you; it’s about the team.” This team concept makes it difficult for some veterans to write a resume. It goes against what they were taught.

One program Bobbitt took during his transition out of the military was about how to promote your skills during a job interview. “That’s something I really had to learn was how to toot your own horn and emphasize your personal accomplishments,” Bobbitt says. He says the course helped him find ways to highlight individual achievements without putting down his former team.

Learn About Your New Field

When Bobbitt encounters fellow veterans looking for work, he advises them to take a moment for themselves and figure out what they really want to do. In the military, he says, you get to wear a lot of hats, which allows you to be in charge of a variety of programs and projects.

“Organizations are not hiring people to be an accountant, a marketer and a publisher,” he says. “They’re hiring you to do one particular job. What I found is a lot of military veterans are struggling with finding out exactly what their skill set is, what they’re going to do, and then tailor their resume and education towards that.”

Here’s some advice Lavin shares with the veterans she mentors: You may think you know what industry you plan on getting into, but until you’ve done industry research and met people currently working in the field, you don’t know what opportunities are really out there. She counsels vets to volunteer for a nonprofit that allows them to do the work they’re interested in.

It’s easy to get discouraged when looking for a new job, especially if you’ve been in a particular field for more than two decades. But the most important thing to remember while looking for a career job for the first time as a civilian is not to panic.

“You’ll find the right organization, and you’ll gain traction in your passion,” Bobbitt says to veterans struggling with a job search. “A lot of us panic, [and say] ‘we got to find work,’ which is another way of saying ‘I have to find my identity.’ For the past several years, I was a soldier, a sailor or a Marine. I want to find my new identity now.’ Stay laser-focused on finding out what you want to do and focus on that, and you’ll make it.” 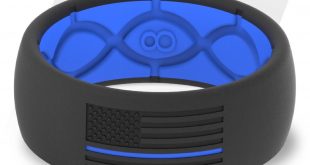 3 Steps to Making Your Wedding Ring Awesome (and safe) 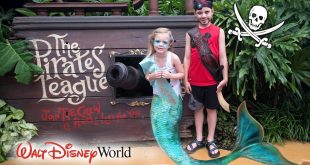